Kittens and puppies and rainbows and love

But if eyes were windows to the soul, hers had been bricked up to avoid taxation.

Sometimes he thought of clever things to say... hours later. Usually, he committed the worst sin possible: He said what he was actually thinking. That was why he came out with gems like, I like your tits. Not one of his finest moments, that.

Also, he had decided it would be best not to mention his main reason for wanting to marry - that he thought it expedient to procure a regular source of sexual intercourse without risking syphilis.

-A Kiss for Midwinter

If she started with the premise that he wanted her, she didn't even know if she could talk to him. Their easy conversation of the last day, their friendship, his jokes about gonorrhea...

-A Kiss for Midwinter

"I consult logic, not old charlatans."

Ned and Jenny spoke atop each other. "She's no charlatan!" protested Ned. But Jenny's hands had flown to her hips for another reason entirely. "Thirty," she protested, "is not old!"

"What do you know of scientific proof?"
"Oh, you're the sort to pin insects to cards in order to study them. After several months spent perusing their desiccated carcasses, you'll announce your triumphant discovery: all insects are dead! And you'll delight in the ascendancy of scientific thought over human emotion."
Lord Blakely cooked his head and looked at her, as if searching for some hidden meaning in her face. "I study animal behavior. It's imperative I not kill the subjects of my inquiry. Dead macaws rarely flock."
"There's no need to murder the analogy by overextending it, atop your other crimes."

The object in question was embroidered with pink roses, which in turn sported pink leaves and pink thorns. It was of a size to fit a calling card - a pink calling card. Dyed pink feathers were sewed to the bottom. The handbag was not merely pink. It was fatally pink.

Jenny was beginning to understand why crowds burnt witches at the stake. It wasn't because people feared their power; an actual witch with power worth fearing could evade the fire. It was because once the mobs figured out they had nothing to fear, they needed to punish someone - anyone - for their irrational panic.

If you gave people compliments, they tended to like you. If you confided in them, they were likely to trust you. And if you then asked for their help, they were yours forever.

"Forgive me for my social ineptitude. What are the rules of etiquette," he asked conversationally, "for conversations in a closet?"
"One ought never have them."
He nodded once. "Sensible enough. I agree."

Besides, a courtesan must never appear desperate for a protector. Men who were attracted to desperate women were worse than the desperation itself.

Really. Had any of them read his book, or had they simply placed the volume directly on the altar, as a mute object of veneration?

"Must I remind you that I tried to seduce you?"
"True." He shrugged. "But I don't put much store by that, as you weren't very good at it."

The dog looked up in entreaty. Liquid brown eyes begged: Take me with you. I'll be good. Oh, the lies that dogs told.

"Well," Miranda said. "It's a sweet tale, about kittens and puppies and rainbows and love." 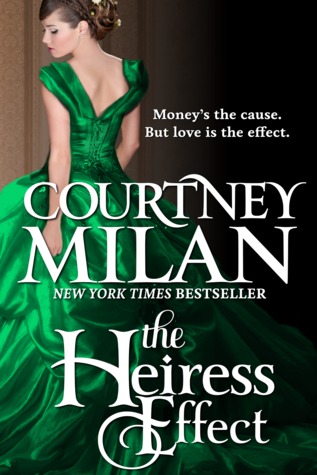