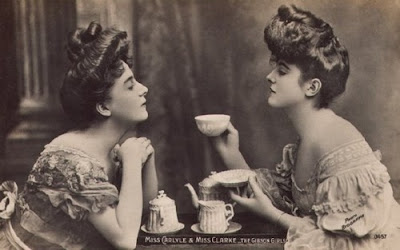 " As a young woman I had one and only one intense and ceaseless pastime, though that’s not the right word, though neither is hobby or passion. I have practiced this activity with religious devotion and for longer than I can remember. I have been trying to give it up recently, since moving away from Bedford Falls, since around the time my daughter was born. But nearly all of my life has been arranged around this activity. I’ve filled my days doing this, spent all my free time and a great amount of time that was not free doing it. That hobby, that interest, that passion was this: watching boys do stuff. "

" The point is that Jules Orme’s letter opened up not only a world of Victoriana that includes the concept of getting nipples pierced, but a world where these things are common, well understood practices that elicit some indignation, but not much more than you’d get today from your conservative uncle who reminds you that your tattoos might look gross when you’re 80. (Or maybe when you’re 80 we’ll live in a world where your value isn’t determined by your appearance. Or you could get some clock tattoos and they’ll sag like Salvador Dali paintings. Back to the article.) "