They have some cool fans, and sing some cool tunes 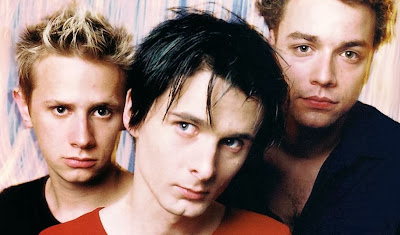 So these 3 guys were set to go far
Not that you’d see it, with Matt crashing stolen cars
But in a simple 18 years, the little boys would grow
(Not literally of course, have you seen them? I know…)

So first there was Dom, the oldest of the three
He’s a little bit gay, as we saw with the Brie.
He has too much leopard print, that much is true,
But one thing is certain: he has better legs than you.

Next there is Matt, who doesn’t quite understand
What things should stay personal, and within the band
He can’t say his r’s, and poops in a bag
And he thinks having long hair gives him some swag??

Finally there’s Chris, and he plays the bass
And every November, grows hair on his face.
He has sixty kids, what more can I say?
I guess he make muse just a little less gay

That’s pretty much it for those 3 english dudes
They have some cool fans, and sing some cool tunes
But the final thing I’ll say to wrap up this laugh:
Every member of muse has a bloody fine arse